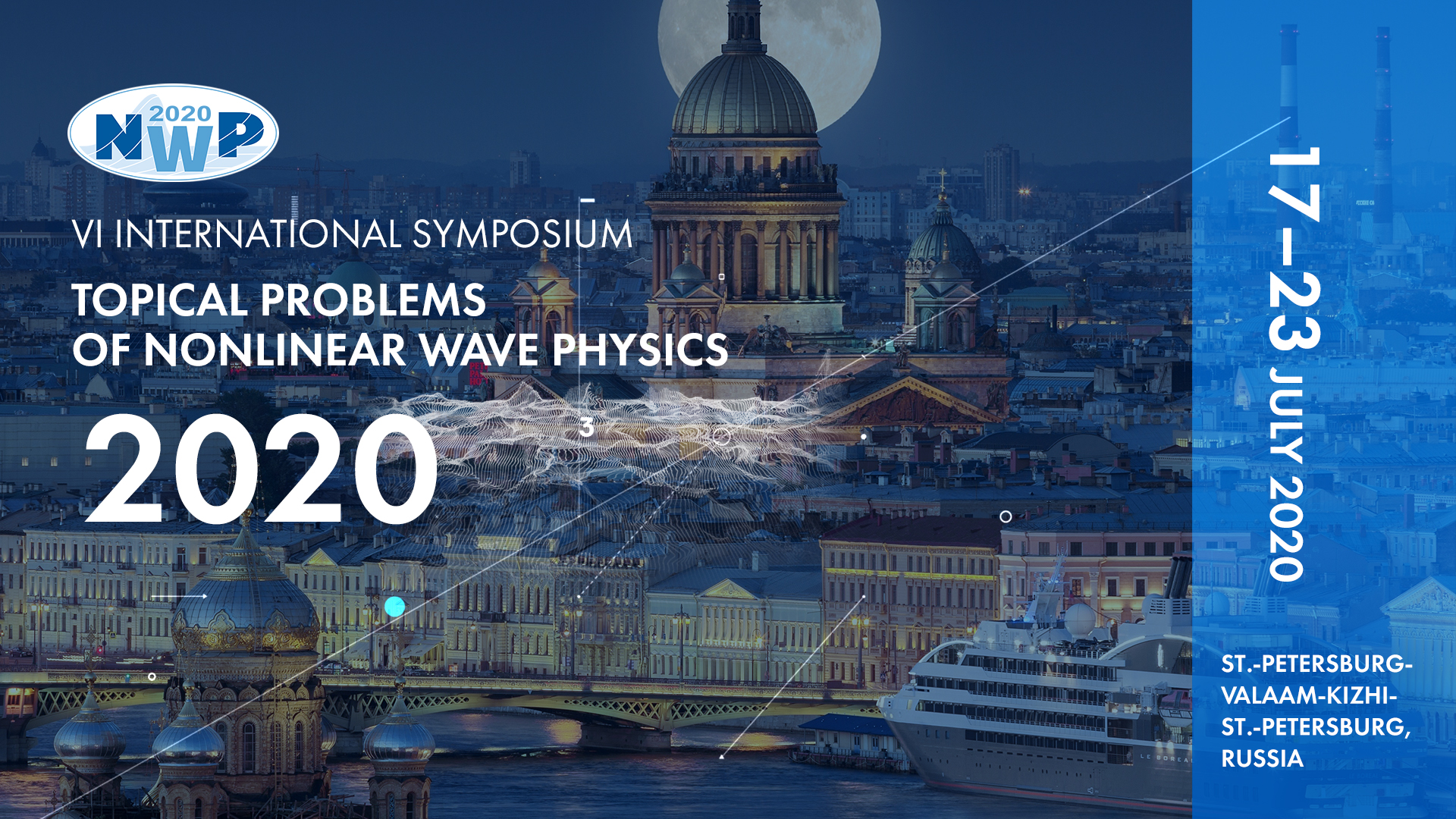 Dear Colleagues,
We are pleased to inform you about the upcoming International Symposium "Topical Problems of Nonlinear Wave Physics" (NWP-2020) that will be held on board of the four-deck cruise boat "Alexander Radishchev".

The cruise will start and end in St.Petersburg and will include the Onega and Ladoga Lakes, the picturesque islands of Valaam and Kizhi, the first Russian capital Staraya Ladoga, some other attractive places such as Oreshek and Mandrogi.

The upcoming Symposium will be devoted to recent progress in the interrelated fields of the physics of nonlinear waves with applications to systems of different origin.

The Symposium will include three parallel Topical Conferences:
Each Conference will feature oral (invited and contributed) talks and poster sessions. Besides, some plenary lectures on interrelated topics are planned. Oral and poster presentations will be selected by the Program Committee Members by results of the considered submissions.